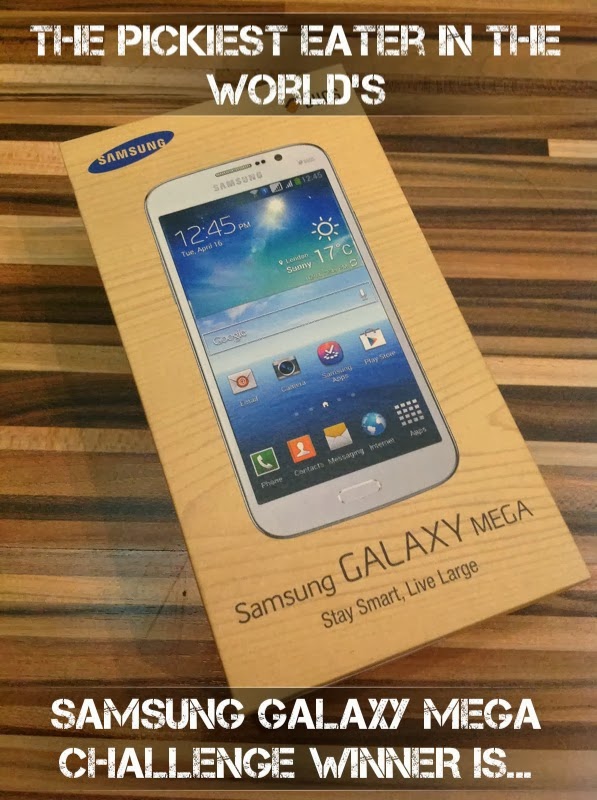 First and foremost, I want to apologize to everyone for the long delay in the announcement of the winner of the Samsung Galaxy Mega. I know it's no excuse, but let me explain to you all what's been going on in my life, just so you won't think I'm a lazy oaf that does nothing but eat and write hehe.

When September began, I mentioned that I'll be busy throughout the month because of a movie the post production house I work for was making, called "Kung Fu Divas", starring Marian Rivera and Ai-Ai De Las Alas. The movie is going to be shown on October 2, and I hope you call can watch it!

Since my working hours usually has me in the office from around 10am til past 9pm (sometimes even later), finding time to comb through every entry on a daily basis is impossible, especially since the Facebook is banned in my office (Well, at least it is in MY computer hehe #MedyoBadBoy).

Taking into consideration that there were more than 70 people that joined, and some submitted entries from more than one social network. So going through each one by one was quite an arduous task, although one, I must admit, I enjoyed very much doing.

I was blown away by the effort some of you put into coming up with such creative entries... But in the end, sadly, there could only be one winner!


Special mention to the following people who sumbmitted very impressive entries, and was at the verge of winning, but missed the cut by a hair:

And just so many more, it's difficult to name one by one!!

I never said that there would be points for second place, but I've decided to give a P1,000 Gift Certificate to Miss Mara Mina, in recognition for her efforts of her post, "My Effortless Gluttonous Adventure". It was just too adorable to not mention! (I'll contact you to let you know which one you've won.. I still need to check my stash hehe)

But the person that had the winning entry, and totally nailed the "Food with Friends/Family" theme, (Including posting one photo on three social network platforms a day throughout the entire ten day challenge), and never missing on the doses of humor is...

I'll email you within the week to coordinate how you can pick up your prize!

Thank you to each and everyone of you that participated, and once again, thank you for your patience!! Special Mention to the amazing people behind Samsung Mobile Philippines, Martha and everyone at Bridges, and to uber blogger Animetric!
Posted by The Pickiest Eater at 4:41 PM