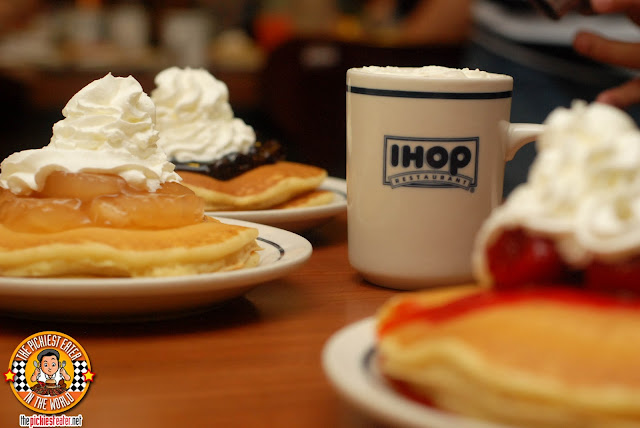 Though its still rather busy during peak hours, the IHOP craze has seemed to die down. The lines are nowhere near as ridiculous as it was during the first few months of their operation.

So what does IHOP do to make sure their brand stays fresh? Introduce new products of course!

Starting off with their new Griddle Melts!


Unlike my wife who needs rice with every meal, I'm a sandwich guy. To me, a sandwich can be just as filling as a rice meal can be.. Depending, of course on the sandwich. Trust me, if your sandwich is as filling as IHOP's Griddle melts, then you won't be looking for rice.

IHOP'S Griddle Melts are made to order Sour Dough sandwiches, with three variations to choose from, not to mention a choice between french fries or Hashbrowns as your side dish. 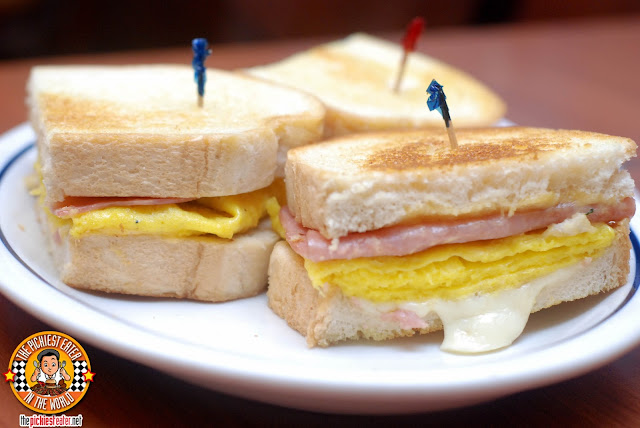 The first sandwich I tried that evening was none other than the most classic of them all: The Ham and Egg Melt (P385 Whole/ P325 Half) and it was the one that I liked most. They used two kinds of Cheeses.. Swiss and American, laid on top of a beautifully cooked omelet, sandwiched between two slices of buttered slices of Sour Dough, and toasted to perfection.

I could see myself having a whole Ham and Egg Melt as my full meal. 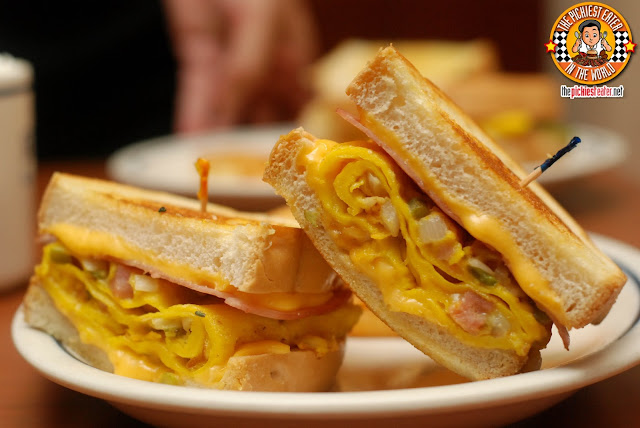 This was good, but because the components of the omelet were chopped up a bit too small, it was hard to tell the difference between this and the Ham and Egg Melt. 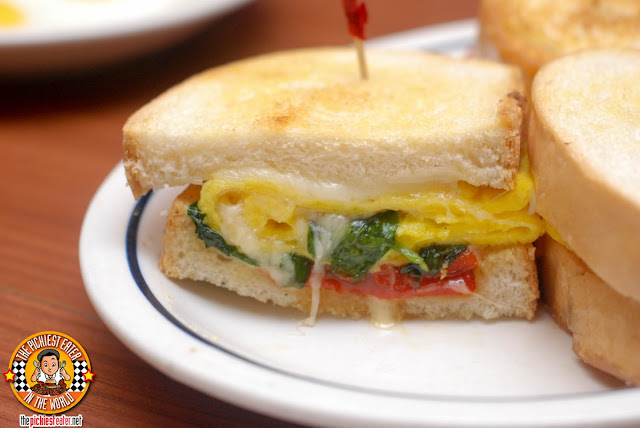 To the surprise of no one, the Spinach, Roasted Pepper, and Cheese Melt was my least favorite. I like my sandwiches with a bit more protein, and an egg won't cut it. Flavor-wise, it was actually quite tasty, with the peppers, spinach and Parmesan, Provolone, and Pepper Jack Cheeses working together to create sandwich that kind of reminded Rina and I of a pizza.

Come to think of it, maybe a few slices of Pepperoni would have made this one bad ass Griddle Melt. 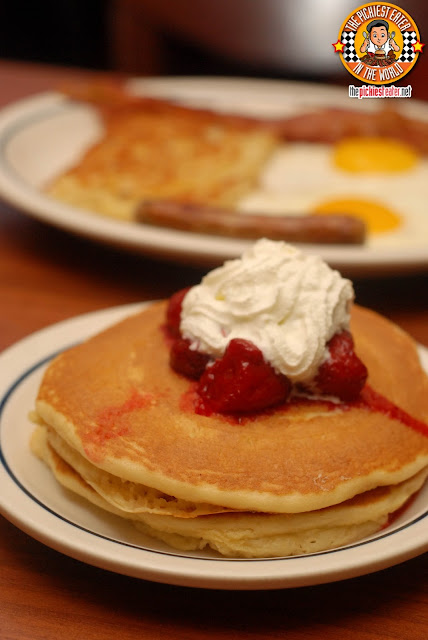 It would be sacrilege to go to IHOP without ordering their Pancakes. If you're looking to quell your sweet tooth, you could order their Warm Rooty Tooty Pancakes (P245), which offers a selection of three fruit based toppings: Apple Cinnamon, Blueberry, and Strawberry. 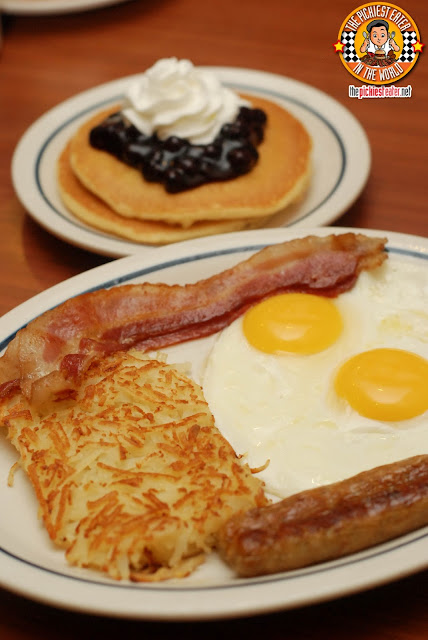 I for one, would not be satisfied with even just a short stack of pancakes for breakfast. Just like how I view a sandwich, I need some extra protein to fill up mah bell-eh. Which is why I love how IHOP gives you an option to enjoy their pancakes with their breakfast platters, with their Super Rooty Tooty Fresh N' Fruity Pancakes (P395)! 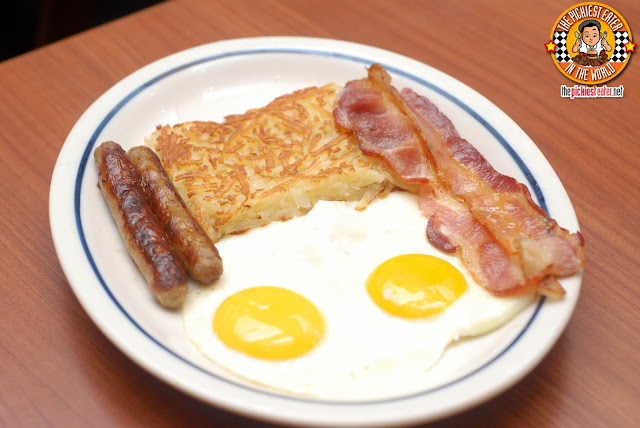 Your choice of Fruity pancake will come with a breakfast platter consisting of two eggs (Any style), two Country Sausages, two Strips of bacon (Yes! Wait.. Only two? hehe oh well.. better than none), and a bed of Hash browns. 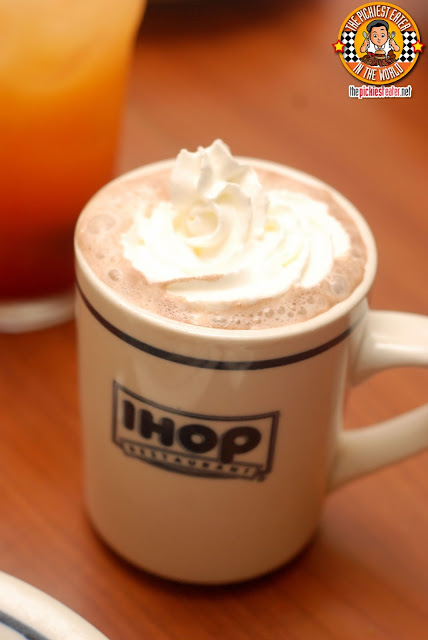 Oh and before I forget, IHOP's Hot Chocolate (P150) is absolutely delicious, and goes well with the griddle melts! 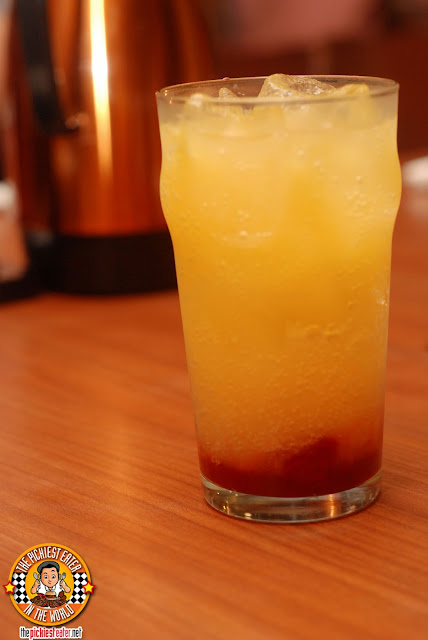 Rina, on the other hand, loved their Splashberry drink! It was a bit too citric for me and my poor hyper acidic tummy, but definitely refreshing! 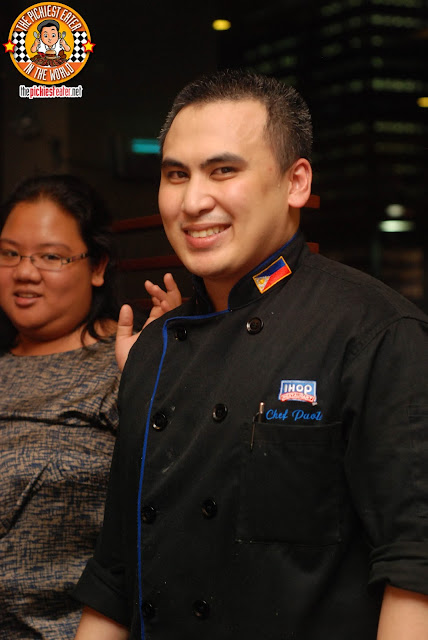 Thank you to the amazing crew behind IHOP Philippines, and thank you Chef Paolo for letting us sample the Griddle Melts! 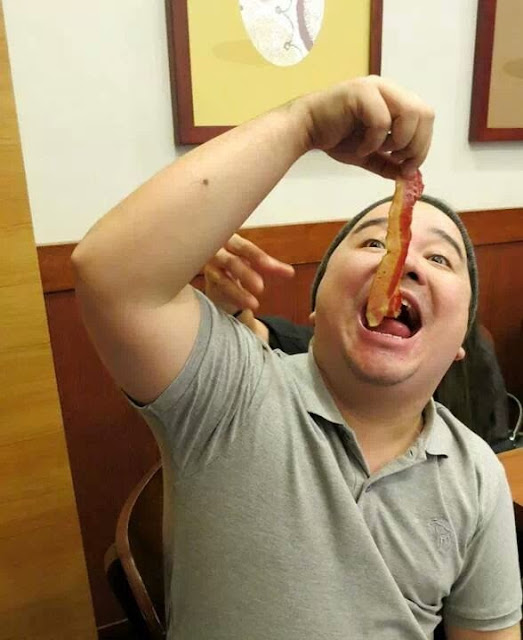 Photo Taken by my Hater, Spanky Enriquez.
The hand sneaking up behind me is courtesy of Between Bites.
Nice try, Jane but you'll never get my bacon!!!
Posted by The Pickiest Eater at 12:15 AM