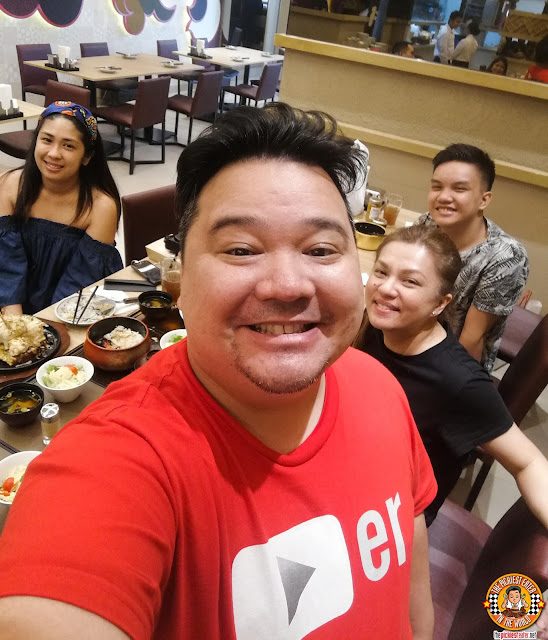 Whenever I'm at the S Maison area, it's quite likely that I'll dine at Chibo Okonomiyaki. Knowing that it's a little bit out of the way for me, I always try to make the most of the opportunity to feast on their delicious Okonomiyakis. You have no idea how excited I was when I found out that Chibo would be opening a branch just two blocks away from my office, at the new Podium Mall!

As soon as it opened, I found myself there three times in the span of two weeks, bringing some officemates with me, so they could experience the awesome food for themselves.

Now, Chibo  raised their game by beefing up their menu to feature more than just Okonomiyaki.. But Set Meals featuring some Japanese cuisine favorites as well!


The biggest difference you'll notice when dining at the new Podium branch is that, unlike the S Maison branch, the tables do not have Teppanyaki plates embedded unto the tables, meaning there is no cooking done on the table. Though watching your Okonomiyaki be cooked in front of you is part of the Chibo experience, the food cooked in the kitchen is still up to the standards of what Chibo stands for, which I feel is the most important part... So i'm willing to let that go. (On the bright side, you're clothese won't smell like food hehe)

But make no mistake about it, Chibo still offers a wide array of Okonomiyaki dishes and noodles on their menu!

After wowing the public with their delicious Okonomiyaki dishes, Chibo upped the ante by adding a variety of Set Meals to their menu! The menu consists of Potato Salad, Miso Soup and Iced Tea to go with the entree of your choice, giving you a plethora of Japanese dishes at your disposal. 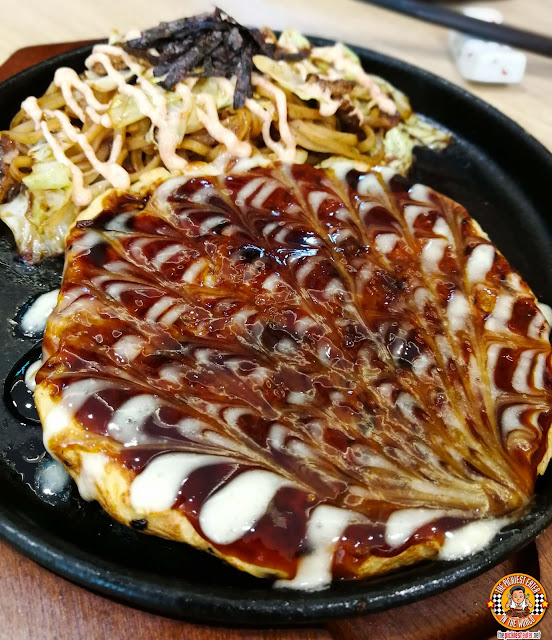 If you can't seem to choose between having an Okonomiyaki or Chibo's amazing Yakisoba, the Osaka Meal gives you the best of both worlds, as it consists of Half an Order of Okonomiyaki, and Half an order of Yakisoba.

Now THAT'S what you call, a "Win-Win Situation"! 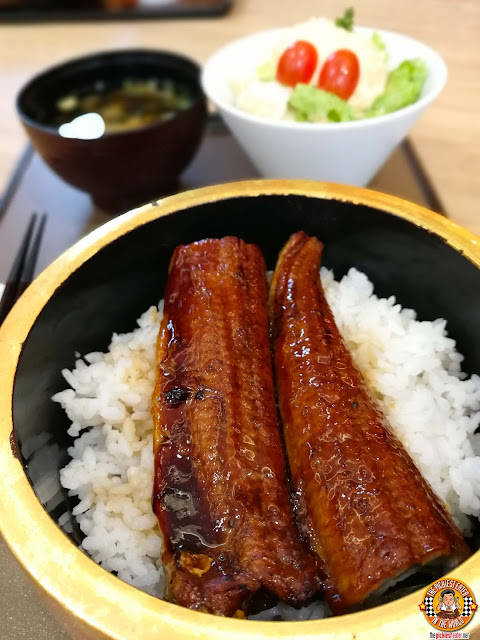 For those hard core Japanese cuisine fans, the Unagi Kabayaki Ju (P888) should catch your attention. A beautifully cooked eel is coated in a sweet sake meets - Dark Soy Sauce glaze, and laid over a bed of steaming white rice. 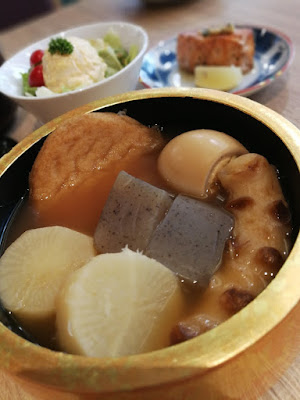 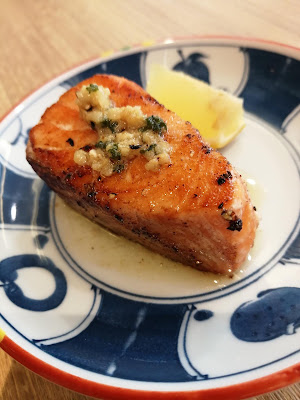 The Oden Meal consists of two parts.. The first being a Japanese Stew, filled with Steamed Fish Cake, Fried Fish Cake, Daikon Radish, Konnyaku, and a Hard Boiled egg, that is partnered with a stunning slice of Norwegian Salmon, Grilled in Garlic Butter. That Salmon was phenomenal, but I wasn't too much of a fan of the stew, to be honest. Still, I urge you to try it for yourself! 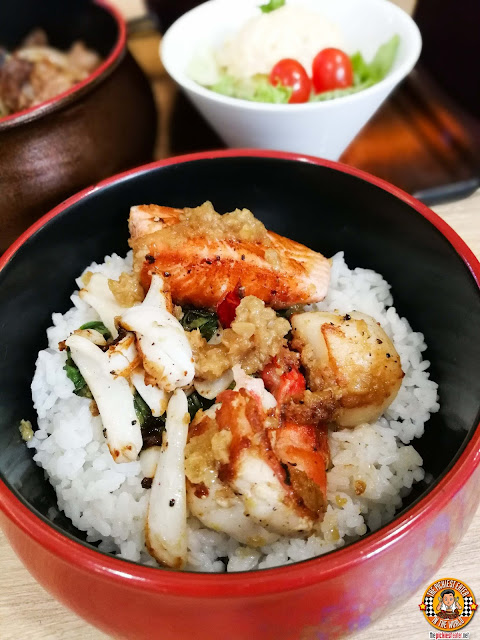 If you prefer your seafood more on the traditional side, then you may opt for the Mixed Seafood Ju (P688) instead. The meal consists of a medley of seafood, including a meticulously cooked Norwegian Salmon, Squid, Tiger Prawns, and Scallops. The seafood is speckled in fried garlic and dripping in butter, making it even more mouthwatering! 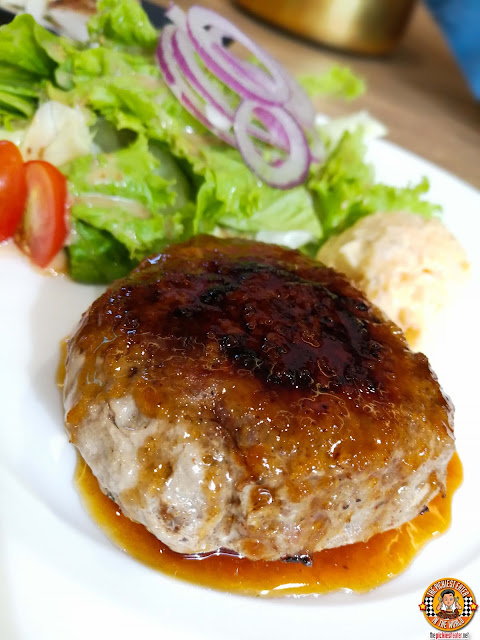 The Japanese love their Burger steaks, that's why I wasn't surprised that Chibo offered their own Hamburger Steak with Teriyaki sauce Set Meal (P488). The Burger had a hearty meatiness that worked well with the gentle sweetness of the Teriyaki sauce. 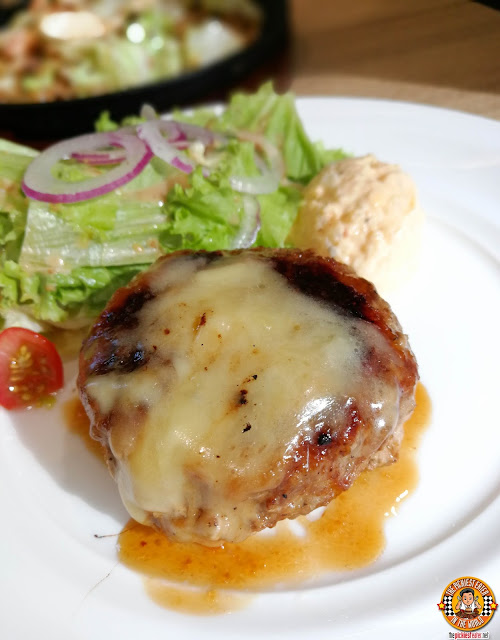 But of course, I preferred the Cheese Hamburger Steak with Teriyaki Sauce (P588). Essentially the same as the Burger Steak, but this time the Beef Patty is covered in a thick blanket of melted Cheese that accentuates the natural flavors of the meat. 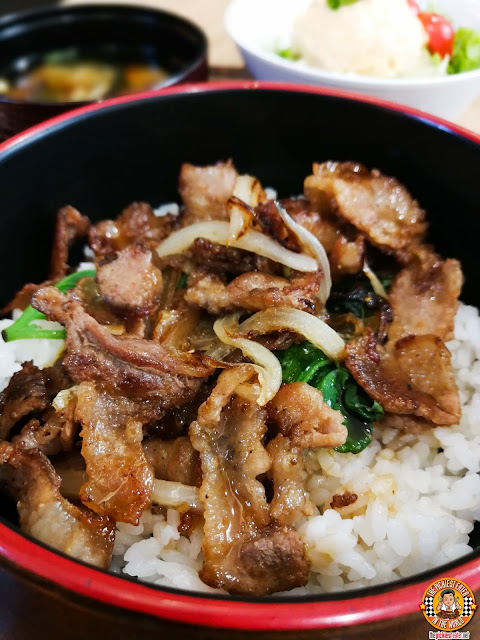 Their Pork Ju (P488) really blew me away. It was simple, yet so very flavorful, I couldn't help but want to finish the whole bowl by myself! Thin slices of pork belly are cooked in a fragrant Shoyu Wine Sauce, creating an amazing dish! This is definitely a MUST TRY dish! 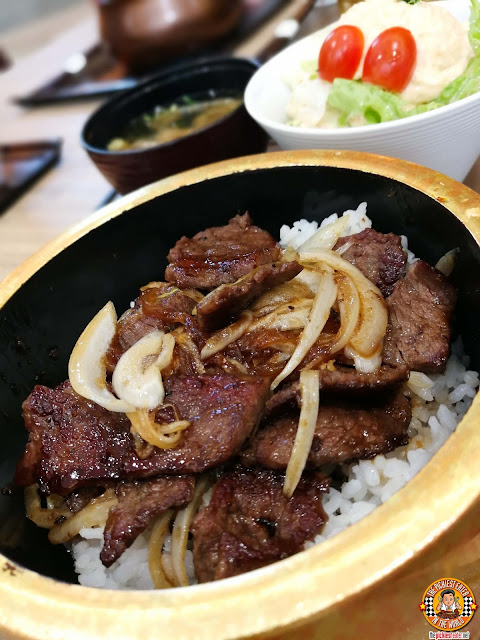 Chibo served the US Angus Steak Ju (P788) as their knockout punch.. And boy did it leave me on the mat! The moment they brought it out, I knew I was in for a treat. Strips of delicious Angus Steak were cooked in a housemade Garlic-Ginger Wine sauce, giving the meat an added punch of flavor. The steak is then topped with Caramelized Onions that work wonderfully with the meat. It was incredibly delicious.. Definitely something I would look for again at Chibo! 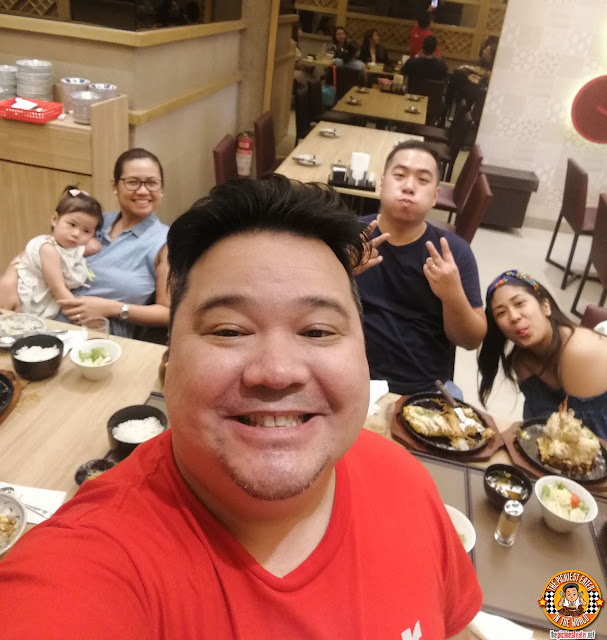 A closer branch to me... Check. More Meat Entrees.. Check! Since they opened in Podium, I've been to Chibo at least four times, and I always find something new to order whenever I visit! Definitely one of my go to places for delicious Japanese food! 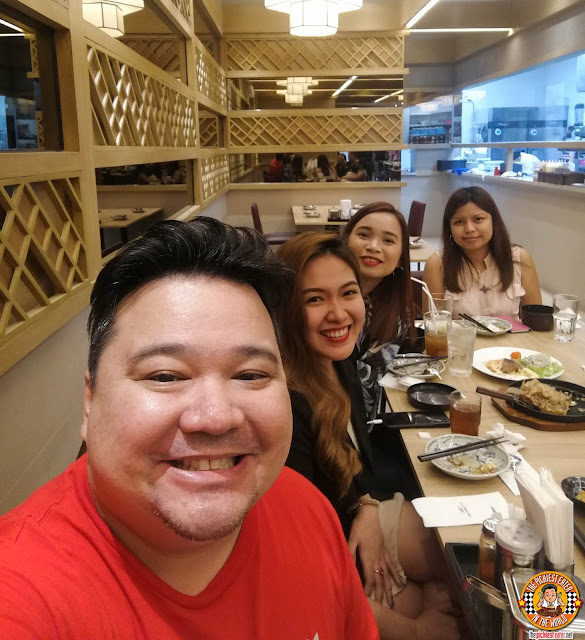 Once again, thank you Xchosa, Erica and Maxine for a meal I'll never forget! I can't wait to go back to Chibo to experience authentic Japanese food to go with their delicious Okonomiyakis!

Posted by The Pickiest Eater at 3:33 PM

Email ThisBlogThis!Share to TwitterShare to FacebookShare to Pinterest
Labels: authentic japanese, Chibo Okonomiyaki, Restaurants in Ortigas, The Podium Mall, Where to Eat at Ortigas, Where to eat at Podium